As a kid being picked up, I would hear them say, “You’re light as a feather!” Somewhat puzzled by what that even meant then, I’ve come to see it as breadcrumbs along the path. The evolution of feathers from then until now in my life has been a gift to understand Self through observation and the study of our surroundings, nature, and particularly animal guides.

Feathers continue to guide me as well as the birds themselves. Becoming naturally interested in knowing more about the Native American way of life and its values, I studied and read about animal medicines. What creature will I find/find me? Ready to make a kinship, I went outside one morning in complete winter stillness, no shoes and the snow blanketing the ground. Waiting a matter of minutes a small ‘murder’ of crows flew past above me heading North. “What kind of bird was that?” I thought to myself, having not much considered my feathered friends before. Later on, I spoke with an old Native American friend and mentor who had inspired me with this idea.  He also proposed me a name, calling me “Fearless.” It sprung a catalyst for me to find out what facing that meant. The deep, the dark, and forgotten memories. Now I stand fearlessly in their wake. The birds by our side walking along one day my husband affectionately called me, “Fearless Lil’ Feather.” 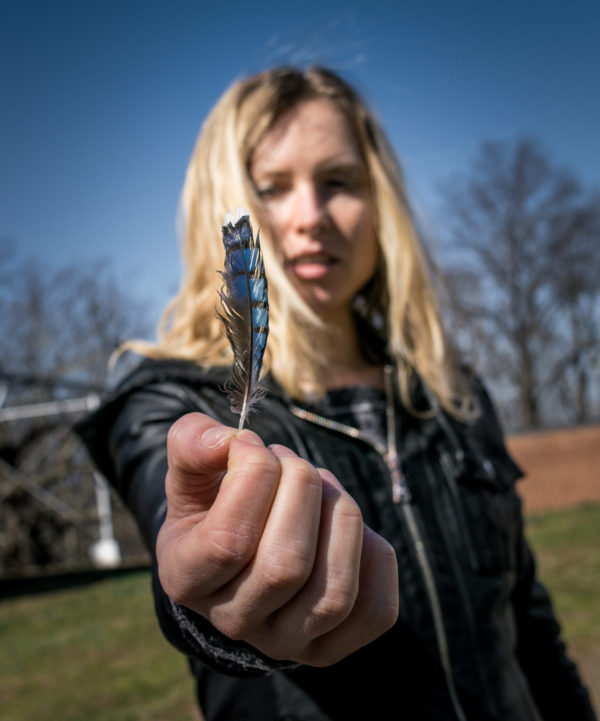 Feathers are gifts from the Heavens The feather may be a validation of your intuition or a hunch you had been feeling to follow one path or another.

It was this blue jay feather that found me. As I walked towards the direction that I picked up this single little feather.

Those times you hear your heart speaking, and you hear the answer.

Surrendering to what’s necessary is equally important as accomplishing our ambitions. It’s what allows us to grow in a balanced harmonious manner.

The access_token provided is invalid.